The Party Wall etc. Act came into force in 1996 and is now part of UK property law.

It is an enabling piece of legislation meaning it gives you rights to undertake works but places on you responsibilities exchange to protect adjoining and adjacent properties which might be damaged as a consequence of said works.

If you are wishing to carryout works the Act refers to you as the Building Owner(s) and your neighbour(s) are the Adjoining Owner(s).

The Act comes into effect if someone is planning to do work on a relevant structure. For the purposes of the Act ‘party wall’ does not solely mean the wall between two semi-detached properties, it covers:

If this sounds complicated, it is! Call us free and we can explain your options in simple term are and tell you how the Act specifically relates to your property. There is no charge for this initial consultation or advice.

What work can be done without notice/permission?

Under the Party Wall Act some work is not covered. Such work include:

What work needs a notice and permission?

The general principle of the Party Wall Act is that all work which might have an effect upon the structural strength or support function of the party wall or might cause damage to the neighbouring side of the wall must be notified.
Work covered by the Party Wall Act includes:

What is required when serving a notice?

If the planned work to an existing structure falls under the Party Wall Act, a notice must be issued to all affected neighbouring parties. The owners of the property undertaking the work must cite:

The process of serving a notice under the Party Wall Act is as follows:

See below regarding what happens in the event of a dispute/objection.

We’re here to help. If you are in doubt with regards to the Act, please give us a call. You can send us a copy of your drawings and we will advise you accordingly, confirming what notices are required; there is no cost for this service.

If the planned work is a new boundary wall up to or astride the boundary line, the process is similar to the above but the notice needs to be served at least one month before the planned start date of the work. Neighbouring parties must give written agreement within 14 days for walls astride the boundary (or a dispute is deemed to have occurred. See below regarding what happens in the event of a dispute/objection.

If the planned work is an excavation within the distance/depth covered by the Party Wall Act, the notice needs to be served at least one month before the planned start day of the work. Neighbouring parties must give written agreement within 14 days or a dispute is deemed to have occurred.
See below regarding what happens in the event of a dispute/objection.

What happens if a dispute arises?

A Surveyor or Surveyors is/are appointed to determine a fair and impartial Award, either:

– An ‘Agreed Surveyor’ (someone acceptable to all parties).

or
– Each party appoints their own Surveyor to represent the individual parties.
The first option is usually cheaper as the costs should be reduced, usually it will be the Building Owner i.e. the party undertaking the work who will pay the surveyor’s fees in the matter. It should be noted that as Surveyor(s) are acting under statute they must act in a fair and unbiased manner.

Schedule of Condition and Photographic Record

While not a statutory requirement, we always recommend that a schedule of condition and photographic record of the relevant parts of the Adjoining Owner(s)’ property is taken and appended to an award. The purpose of the schedule is to ensure that should any damage be caused as a consequence of the works it will be a matter of record and not of dispute: it will confirm the extent of any damage.

Once you have an award

Once you have award all work must respect the obligations imposed therein. The award should be retained to ensure that a record is kept; a subsequent purchaser of the property may wish to establish that the work was carried out in accordance with the Party Wall Act requirements.

At Jordan Brettell we always recommend that even if an Adjoining Owner consents in principle to the work and there is no award to put in place a schedule of condition and photographic record is still taken to protects the position of both parties. 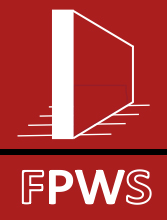